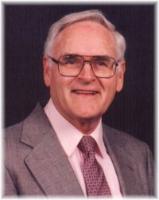 Philip A. Hoyt, Sr., 75 of Stone Street, Danielson died May 29, 2004, Saturday morning at home surrounded by his loving family. He was the beloved husband of Addie Louise Fillmore, they were married November 21, 1952 in Presque Isle, Maine. He was born August 21, 1928 in Easton, Maine, son of the late James Victor, Sr. and Idella (Morrell) Hoyt. He was a 1946 graduate of the Easton High School and attended Ricker Junior College, a 1952 graduate of The University of Maine and a 1972 graduate of The University of Connecticut. He was a veteran of the Korean War serving with the US. Army from 1952 to 1954 in the 24th Division 34th Infantry Regiment. He taught Vocation and Agriculture Education at Killingly High School from 1968-1993, and previously at Limestone High School from 1954-1968 in Limestone, Maine. He was president of the Marine VoAg Teachers Association and The Connecticut VoAg Teachers Association. He received the Honorary American Degree, the highest honor bestowed to a teacher by the National FFA organization. Philip also served on the Danielson Borough Council for ten years and the Killingly Town Council for nine years. He was an active member of the Danielson United Methodist Church, a member of the Moriah Lodge #I5 A.F. and A.M., Limestone Lodge #214 A.F. and A.M., 32nd Degree Mason at Valley of Providence Shrine, and a member of the Connecticut Retired Teachers Association. He leaves in addition to his wife six children, their spouses and twenty grandchildren; Ellen Jenkins, and her husband David, grandchildren Neal, James, and Steven of St. Charles, Missouri; Philip Arthur Hoyt Jr. and JoAnn, grandchildren, Laurie, Jennifer, Kimberly, and Timothy of Yorktown, Virginia; Mark Hoyt and his wife Patricia, grandchildren Nathan, Ashley, Kevin, and Shawn of Brooklyn; Paul Hoyt and his wife Pamela, grandchildren Gregory and Christine of Vernon; Nancy Gaudreau and her husband Albery, grandchildren, Jenilee, Ryan, and Megan Shippee of Danielson; Keith Hoyt and his wife Melissa, grandchildren, Benjamin, Sarah, Elizabeth, and Christopher of Brooklyn, two brothers Robert E. Hoyt of California; James Victor Hoyt, Jr of Billerica, MA: a sister Mary Wills of Wolfboro, NH.; mother-in-law Marion D. Fillmore of Presque Isle, ME; brothers-in-law, Jerre Fillmore and his wife Bette of Danielson, DeWitt Fillmore and his wife Anita of Greensboro, NC; several nieces and nephews. He was predeceased by a brother Charles T. Hoyt. Calling Hours will be Tuesday, June 1, 2004 from 2:00 to 4:00 and 6:00 to 8:00 PM at the Smith &amp; Walker Funeral Home 148 Grove Street, Putnam. Funeral service will private with burial in Westfield Cemetery, Danielson. In lieu of flowers donations may be made in his memory to FFA c/o Doug Butterfield, Killingly High School, 79 Westfield Avenue, Danielson, CT 06239.