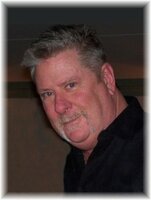 Gary W. Doyle, 71, of Danielson, CT passed away surrounded by his family Saturday, March 26, 2022 at Hartford Hospital. Born January 7, 1951 in Putnam, CT, son of the late Donald and Jeannette (Savoie) Doyle. Gary was the beloved husband to Charlotte (Magao) Doyle for 48+ years.

Gary served in the United States Airforce as an MP from 1970 to 1974 stationed in Mildenhall, England. He was an avid gardener, sports car enthusiast and fan of UConn’s Men Basketball, Boston Red Sox, and the Dallas Cowboys. Back in his younger days, Gary was known as being one of the best pitchers in local fast-pitch softball leagues. He could always be seen driving around town in either a new Camaro or Corvette and loved spending time with his family at their second home in Surfside Beach, SC. He was a member of the Knights of Columbus. Gary enjoyed seeing bands live in concert. He worked as a barber, starting at Razor’s Edge in Danielson then starting his own Barber Shop called Cut Above for over 25 years in Putnam then Moosup. After a short retirement he went back to work as a barber at The Barber Shop in Danielson which then moved to Brooklyn, CT. Gary was a mentor to many young barbers in the area.

He leaves his wife Charlotte Doyle of Danielson, CT; his son Sean B. Doyle of Brooklyn, CT; his sister Kathleen Mulford and her husband David of Brooklyn, CT and a nephew Patrick Magalis of Manchester, CT. Gary was predeceased by a son Ryan S. Doyle in 2009.

Calling Hours will be Friday, April 8, 2022 from 5:00 to 8:00 PM at Gagnon and Costello Funeral Home, 33 Reynolds Street, Danielson, CT. Burial will be private. Share a memory at Gagnonandcostellofh.com