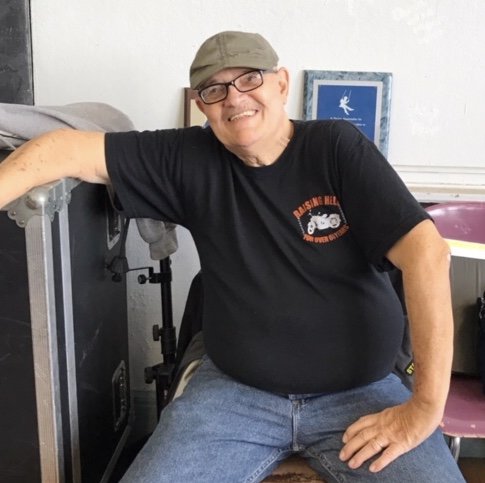 Tired of reading obituaries describing someone’s courageous battle with death, Jim wanted it known for that he died as a result of being stubborn, refusing to follow doctors (or his children’s) orders, and raising hell for over 70 years. Jim enjoyed performing and entertaining people with his music. He loved to see people dancing and clapping to a great song. His mantra: If it’s too loud, you’re too old.

Jim was born in Norwich on April 30, 1948 to Pete and Delina(Campion) Milliard. He graduated from Killingly High School, Class of 1966, and went on to study music at the Berkley School of Music in Boston. He met the love of his life, Annie, in the summer of 1969. Truly the Summer of Love. They celebrated 50 years of marriage on November 8, 2019.

Jim was a man of many talents and trades. When he was not performing on saxophone with one band or another (The Jimmy Holiday Review, The Coachmen, Miami, or The Great Garage Band Reunion to name a few), he was a member of the Army National Guard, a delivery driver for Pepsi Cola Company, a parts manager with several local Ford dealerships, and a driver for The Arc, a job he truly enjoyed. In addition, he and his best friend, Bob Lussier, formed Lussier-Milliard Talent Agency, booking bands for local weddings and events. Bob and Jim also had a much less successful business called AS&F Construction, the evidence of which is long gone.

Jim leaves his wife, Annie, his daughters, Carrie (Rich) Blackmar of Putnam and Catherine (Rob) Bazinet of Pomfret, his four grandchildren, Asa and Iris Bazinet, and Lauren and Morgan Blackmar. He affectionately referred to his grandchildren as The Boy, Flee, Moose and Squirrel. Jim enjoyed nothing more than attending their band concerts and cheering them on at sporting events. In addition, he leaves his sister, Arlene Edmonston, of Woodstock and many nieces, nephews and close friends and bandmates. He was predeceased by his sister, Theresa Bittgood, of S. Windsor, CT.

The community has lost a true humanitarian. Although it was hard to see under the classic Jim scowl, he truly loved giving back through his music. Over the years, he played at hundreds of weddings and events and raised thousands of dollars for local charities and organizations. He was looking forward to an upcoming charity concert in August with The Great Garage Band.

In true Jim fashion, he went and died during a global pandemic so services will be small and private for now. We will have a gathering when the governor’s restrictions are lifted. Until that time, please honor Jim by donating or volunteering in your own community and always supporting live, local music. Share a memory at www.smithandwalkerfh.com

Share Your Memory of
James “Jim”
Upload Your Memory View All Memories
Be the first to upload a memory!