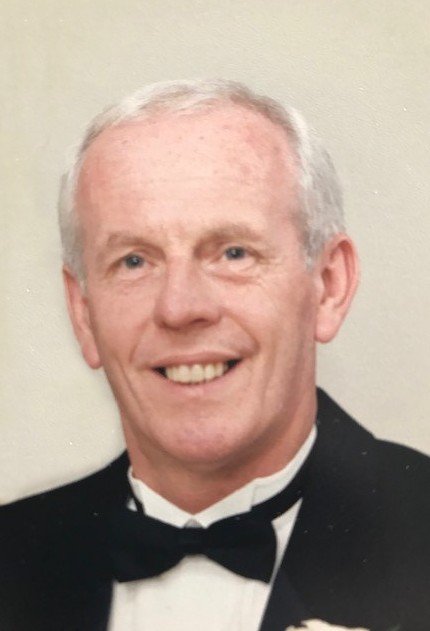 Peter Charles Tingley, 75, of Woodstock, CT passed away unexpectedly on April 7 in Putnam, CT. He was born on December 2, 1943 in Hartford, CT. Peter graduated from Woodstock Academy. Peter spent a majority of his life in the construction industry; he initially managed concrete operations at Balf-Savin – Capital Pipe Road Construction Company. He later worked for Field Concrete Company. Peter enjoyed his time taking part in the Lions Club and helping out at the Woodstock Fair. As a child he loved toying around with cars and racing them. He paid great attention to detail in all things he did. He spent 28 years living on a lake with his wife, fully enjoying the peace that it brought him. In his spare time he worked in his shop, working on various projects. He had a special relationship with his nieces, Diane and Gail and had great respect for his nephew Jim Watkins whom he always cherished. His “Sweet Evalina’s” coffee crew were especially dear to him. Peter loved spending quality time with his sons, teaching them how to use their Kubota tractors.

Peter is survived by his loving wife Mary Ann (Quirk) Tingley who faithfully cared for him during his illness. He is also survived by his children and their spouses: Pamela and Scott Mountford of Ellington, CT, Jeff and Kim Tingley of Somers, CT, Craig Tingley of Enfield, CT, Andrew and Michele Tingley of Somers, CT, Lisa Leonard of Somers, CT, Laura and Pete Macaluso of New Jersey, John and Patty Calandriello of New Jersey. Peter is survived by his grandchildren, Kayla, Alivia and Jillian Mountford, Scott and Michael Tingley, Megan and her husband Shalom Auerbach, Emma Tingley, Cooper Leonard, and Luke and Braden Calendriello. He was also a great-grandfather to Ari and Sheldon Auerbach. He is also survived by his loving sister Doris Watkins of NH and many loving nieces and nephews. Peter is predeceased by his parents Charles W. Tingley and Thara Ames. In lieu of flowers, donations can be made to the American Cancer Society, 825 Brook Street, I-91 Tech Ctr, Rocky Hill, CT 06067-3045.

Services for Peter Tingley
There are no events scheduled. You can still show your support by planting a tree in memory of Peter Tingley.
Visit the Tribute Store

Share Your Memory of
Peter
Upload Your Memory View All Memories
Be the first to upload a memory!
Share A Memory
Plant a Tree