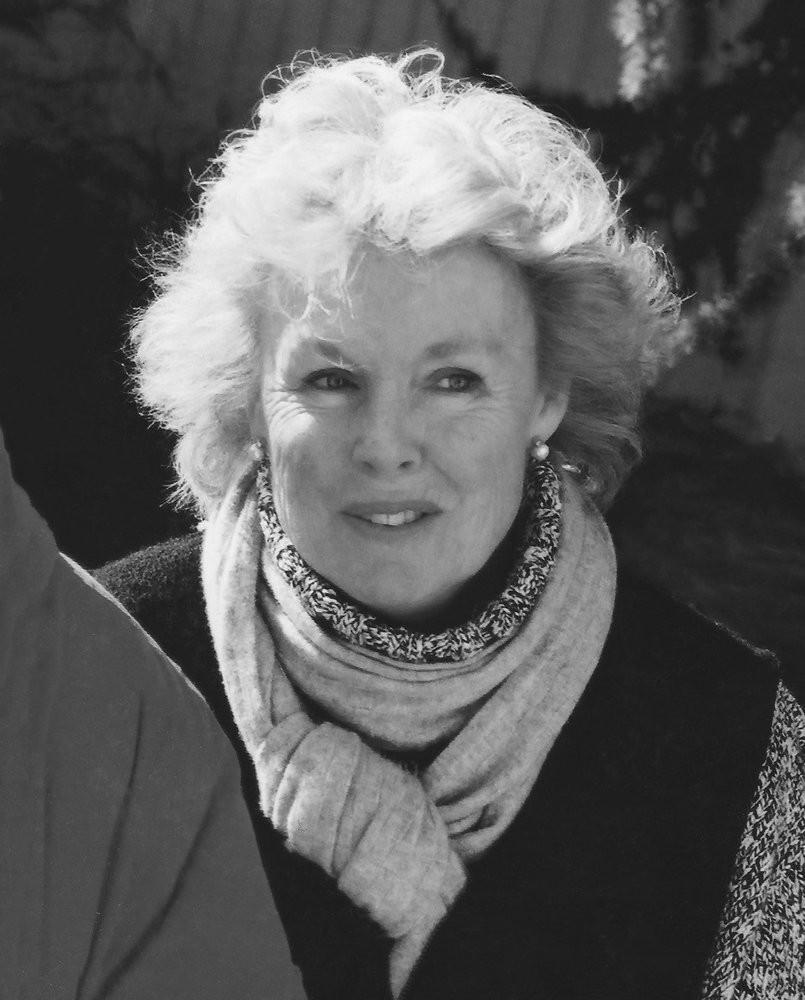 Beloved by family, friends, Pomfret School faculty, students, alumni and clients from her real estate career, Cici Cole died peacefully at Westview Health Care Center in Dayville, Connecticut, on December 21st. She was 90. She survived the death of her husband, Charles “Chick” Cole by three years. He had been the love of her life, and it gave her great peace to imagine rejoining him.

Hers was a life rich in community, steeped in education, art and people she loved.

Born in New York City to Cathleen Gruner Whitehead and Lyman Tibbles Whitehead in 1929, she was a striking and impactful presence from day one. Growing up in Oyster Bay and Syosset Long island, she had the maturity and beauty of a teenager, towering above all the students in her grade school classes. For highschool, she attended The Fox Hollow School in Lenox, MA and graduated with a love of literature. After entering polite society as a young debutante, she then moved to New York City and developed a career in modeling. There she caught Chick’s eye. They married, and in 1951 they moved to Pomfret School where Chick became a faculty member and Director of the Art Department. There, they raised their four children: Susan, Lindsey, Charlie and Willie. All of the children attended and graduated from Pomfret School.

She was a dedicated faculty wife and opened her heart and home to many students over the years. She was a natural with them. Described by Izzie Burch, the one grandchild who attended Pomfret: “She could make any situation fun. All my friends wanted to go over to Granny and Chick’s house. She was ageless, vivacious, sassy, and told wonderful stories; she saw the best in people and had strong values; she was beautiful, opinionated beyond belief, funny, interesting.”

To those who knew her, her opinion mattered.  And let it be known: she was not shy in giving it.

“Is THAT your haircut?” she’d ask. “Take the tarts when passed” she’d say, and most famously: “The world hates a slow leaver.” She’d often declare this as she forced Chick out the door of many a hostess’s front hall. Those on the receiving end of her wisdoms felt thrilled when she was pleased, and when not pleased, well… she was generous in bestowing second chances.

She was the kind of person you wanted to do right by. Part of that was her laugh: lilting, full throated and dry. It was the kind of laugh that made you feel like you’d won.

As a young mother, Cici was hired by The Pomfret Community School to be the “nurse” for the students. Despite the fact that she was not a nurse and that she only made $2.00 an hour she always felt it was one of the best jobs she ever had. She had an enormous heart for other people’s children. In her later years, she went on to become a highly successful and renowned real estate agent in Northeastern Connecticut. Initially, she was employed by The Byrnes Agency; subsequently by the T.R. Preston Company and eventually, Coldwell Banker. As an agent, she was known for her integrity, her honesty, caring to a fault, and her tireless, versatile and charming energy.  And boy, could she sell houses. Quite often, the same house more than once -- to ordinary people, famous athletes, and even movie stars. She loved connecting the right people to the right house. She said she always felt fortunate to get to know so many different families and people over the years. They became her friends and she was thankful for it.

She lived life with energy, wit and elegance. “Be a good grandson and fetch your granny a vodka sandwich.” She had a larger-than-life personality, and a heart to match. She left part of herself in all four of her kids and all nine of her grandchildren. She will be with us all for the rest of our lives, but still, we will miss her every day.

Contributions in her memory may be made to: The Chick and Cici Cole Scholarship at Pomfret School.

There will be a Memorial Service in her honor on May 2nd at noon in the Pomfret School Chapel, 398 Pomfret Street, Pomfret, CT. Share a memory at www.smithandwalkerfh.com.

Share Your Memory of
Cynthia
Upload Your Memory View All Memories
Be the first to upload a memory!
Share A Memory
Send Flowers