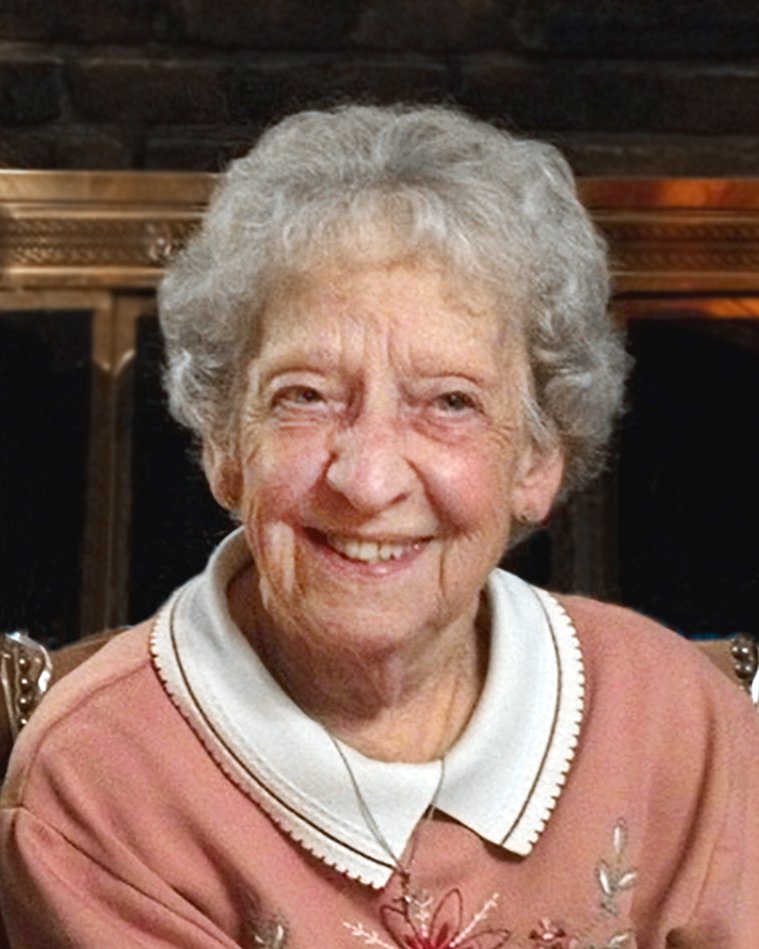 Loretta Despatie, age 97, of Brooklyn, CT, died Thursday, January 9th, 2020 at Day Kimball Hospital in Putnam. She was the loving wife of Gerard P. Despatie since 1941, who passed away in 1989. She was born April 22, 1922 in Manchester, NH, daughter of Alfred and Alexina (Beaulieu) Bergeron.

She was raised in Canada before moving back to North Grosvenordale at the age of ten where she attended St. Joseph School. She worked for Cluett Peabody in N. Grosvenordale, Powdrell & Alexander in Danielson and for Hale Manufacturing in Ballouville, before retiring in 1984. Loretta enjoyed baking, knitting, crocheting and sewing. She was a communicant of St. James Church in Danielson, a member of the QVCC Senior Citizens, the Daughters of Isabella and volunteered for R.S.V.P. Loretta & Gerard raised their family at their house on Rosedale St. in Danielson and she has made her home with family in Brooklyn for the last 15 years.

Predeceased by her daughter and son-in-law Marie Joyce and Richard Holowaty. She leaves her granddaughters Charlene Hammond and her husband Joshua of Oxford, MA, Laura Miller and her husband Daniel of Brooklyn, CT, as well as 5 great grandchildren; Austin Hewko USN, Connor Harnois USAF, Mackenzie Miller-Holowaty and Daniel J. Miller of Brooklyn, and Owen Hammond of Oxford.

Calling Hours will be Thursday, January 23, 2020 from 5:00 to 7:00 PM at the Gagnon and Costello Funeral Home, 33 Reynolds Street, Danielson, CT, a Prayer Service will be at 6:00 PM. Burial will be in St. Joseph Cemetery, North Grosvenordale, CT. www.gagnonandcostellofh.com

Share Your Memory of
Loretta
Upload Your Memory View All Memories
Be the first to upload a memory!
Share A Memory
Send Flowers