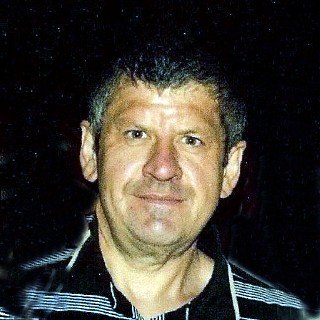 James Paul Kania, 56, passed away unexpectedly at his home.  He was born on September 8, 1964 to the late Joseph Francis Kania, Sr. and Rita Barbara (Cyr) Kania in Danielson, CT where he lived throughout his life.  Jim was the fifth of five children.

Like his older brother Joe, who pre-deceased him in April, Jimmy was a member of the Danielson Volunteer Fire Department and the Emergency Medical Team.  He enjoyed learning the chemistry of fire-fighting and hazardous material safety protocols.  He also taught fire prevention and safety classes.

Jimmy was fascinated with all things Space.  Perhaps inspired by the sci-fi Star Trek TV series of his childhood, he developed an interest in and became a history buff of manned spaceflight. He enjoyed studying about the Gemini and Apollo programs and the astronauts who made history flying them.    An ideal vacation for Jim, was a visit the NASA Kennedy Space Centerwhere he witnessed the return of a space shuttle mission and stood in wonderment in the Saturn V rocket exhibit, whose size dwarfed every man-made structure that Jim had ever seen.  It was thrilling for the boy who watched weekly star missions, “…boldly go where no man has gone before”.  Sci-Fi had become reality!

Jim was a creative, skilled, and talented handyman who could repair and maintain just about anything.  He was known as the tool man because of the awesome array he had acquired to tackle many projects, from building and woodworking, toreplacing the hot water coil in his furnace.

But felines brought out the softer side of Jim. This big, burly gentle giant gave shelter and love to many kittens and catsthrough the years.  They repaid his kindness with the unconditional love only an animal lover can know.    They were as independent as he was and provided perceptivecompanionship.

A Mass of Christian burial will be celebrated at St. James Church in Danielson on November 20, 2020 at 10:30 a.m.followed by private interment.

In lieu of flowers, the family requests that donations be made in James memory to animal rescue organizations such as PAWS Cat Shelter, 240A Route 171, Woodstock, CT 06281. Share a memory at www.smithandwalkerfh.com

Share Your Memory of
James
Upload Your Memory View All Memories
Be the first to upload a memory!