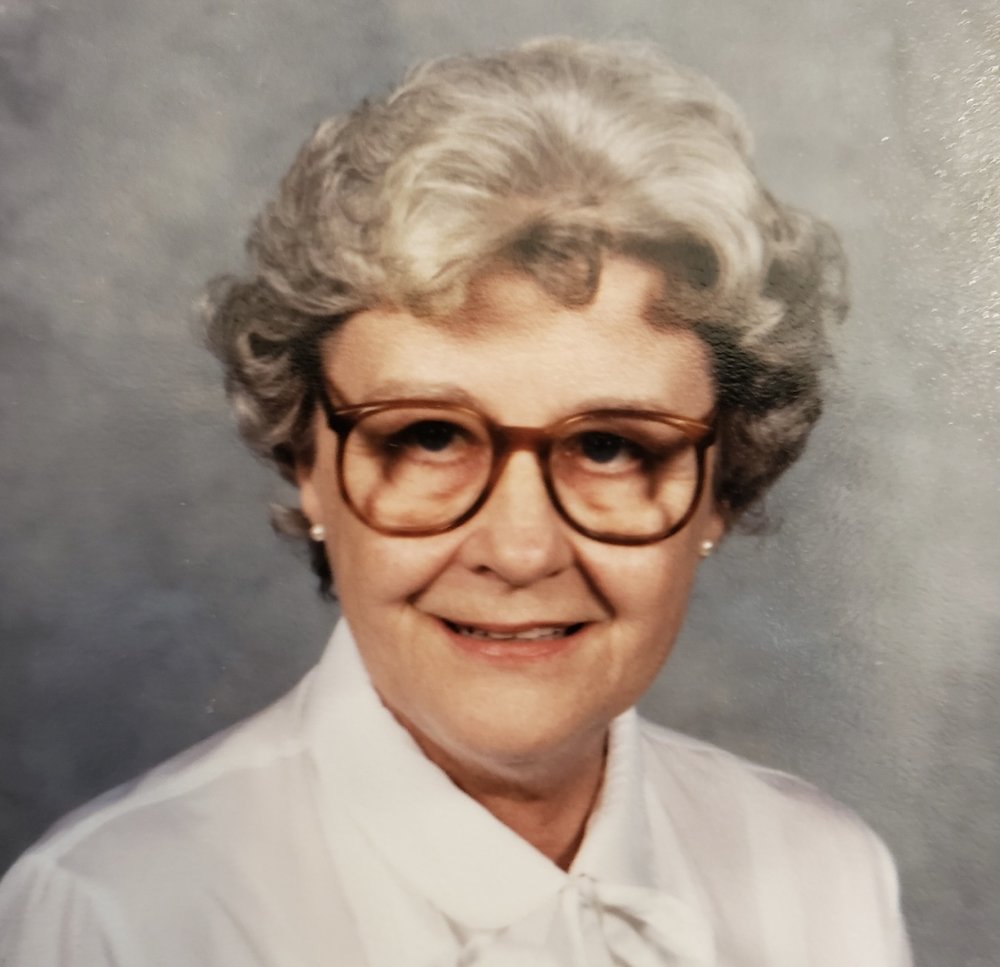 Eleanor was born May 12, 1926 in Passaic, New Jersey daughter of Herbert D. Hunter and Sarah Hannah Moore Hunter. She graduated in 1947 from Mary Washington University, Frederiksberg, Va. In 1948 she completed a year internship in dietetics at the U.S. Marine Hospital on Staten Island, New York. The following year Jerry and Eleanor moved to Putnam, and in 1958, they moved to Woodstock.  Eleanor lived in Woodstock until 2019.

For many years Ellie was active in The League of Women Voters, Republican Town Committee and the First Congregational Church of Woodstock.

She loved to read, worked crossword puzzles and stayed up-to-date with local and national politics by reading three daily newspapers until her sight failed. Until recently,  she could still engage in feisty, political discussions with her children and grandchildren.

Ellie left a legacy of lessons shared with her family and friends.  She taught us by example: the power of resilience and humor; the importance of close and abiding friendships; an appreciation of nature’s beauty; the dignity of living independently being worth the never-ending, problem solving required to sustain that dignity; the benefits of thrift; and finally, as she said when faced with a significant loss, “life is for the living.”  And so we soldier on, living a little wiser and maybe more fully for having known Ellie.

To all those people who made it possible for Ellie to live in place for the last two decades, and to all those individuals at Westview who supported her in the last, difficult months, Ellie’s family is most grateful.

Donations in her memory may be made to The Trustees of Roseland Park, 205 Roseland Park Rd. Woodstock 06281 or  The First Congregational Church, Woodstock, 543 Route 169, Woodstock 06281. Services will take place at a later time. The Smith and Walker Funeral Home is in charge of the arrangements.

Share Your Memory of
Eleanor
Upload Your Memory View All Memories
Be the first to upload a memory!
Share A Memory