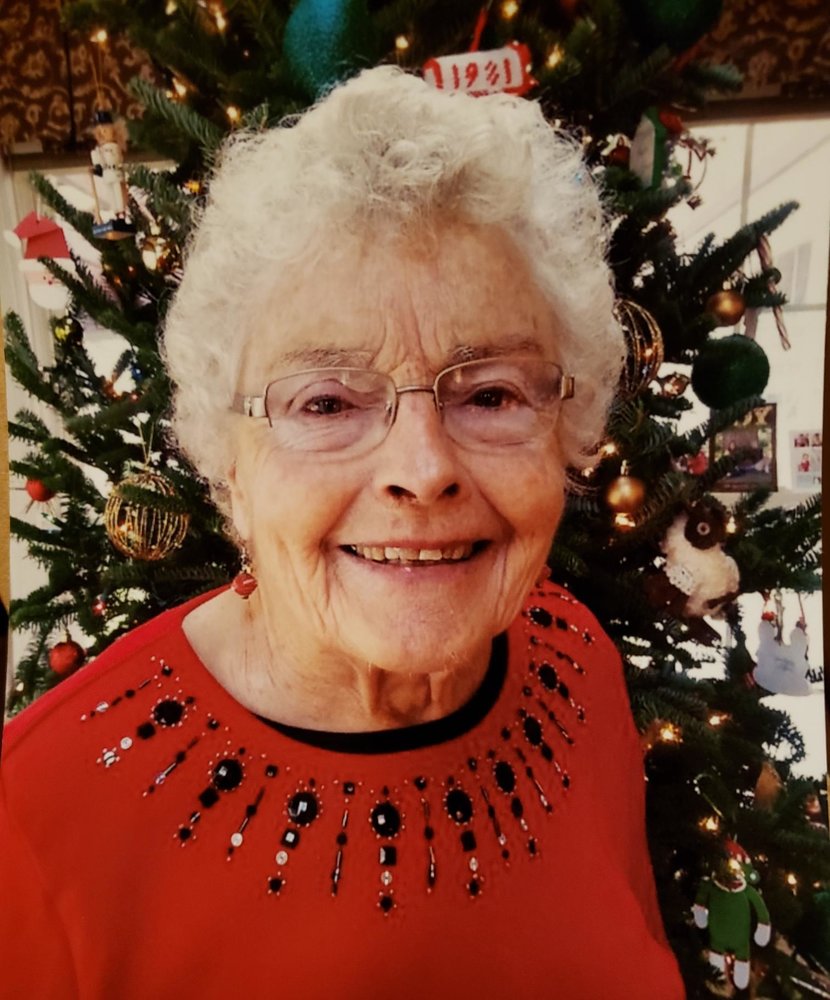 On Wednesday, February 3rd, Mary Paterson Larson Seney passed away at Pierce Memorial Baptist Home in Brooklyn, Ct at the age of 91 with family at her side.

Mary was born on Feb 8th, 1929 in Middletown, Ct.  She was the daughter of Rev. Arthur and Harriet Paterson. Mary grew up in Middletown and after a year attending Simmons College in Boston she transferred to UConn to be with Robert E Larson, whom she married in 1950. Mary, now a farmer's wife, left her senior year at UConn to start their family. She was "Mom" to six children in the next eleven years, living in Portland, CT, Columbia, SC, and then moving to Woodstock in 1961. Mary and Bob purchased the Town Farm in Woodstock, CT in 1962 and made that their home. Once her youngest child, Mark, was in school full time, Mary continued her college education and graduated from the University of CT in the spring of 1969, the same year her oldest son, Richard, graduated from high school.

A teaching position was available in Woodstock and Mary was hired by Edmond Seney, principal at Woodstock Elementary School. A year later, she taught kindergarten in Union, Ct, a half day position so she could dedicate more time to her family and civic interests. Mary taught in Union for 18 years, retiring in 1990.  Mary and Bob remained friends with her former principal over the years and when Mary and Ed each lost their spouses, a new relationship began and they were married in 2004.

Mary was very active in her church, the First Congregational Church of Woodstock.  Over the years she was the Superintendent of Education, President of the Women's Fellowship, Deacon, and a representative to the Eastern District Women's Fellowship of the United Church of Christ.

Mary was a founding member of the Quiet Corner Garden Club in 1978 and remained active in the club for over 40 years. She also participated in the Woodstock Beautification Committee, the Palmer Arboretum Committee, and the Woodstock Historical Society. On Labor Day weekend she was the superintendent of the floral department at the Woodstock Fair for many years.Mary also maintained beautiful vegetable and flower gardens around her home.

Mary was very active in the local 4-H clubs, as a 4-H Leader for many years and also as a host for the International Farm Youth Exchange program.   She was President of the Woodstock PTO, worked at the Woodstock town hall as a poll counter during elections, was active in Ct Farm Bureau Women's Board, and the local Theft Detecting Society. For many years Mary was a member of the Woodstock Lions Club and the Woodstock Republican Town Committee. In her free time she enjoyed traveling the US and Europe, watching UConn basketball, and playing bridge.

In her retirement, Mary became a Justice of the Peace. In this capacity she officiated at many weddings and enjoyed sharing her love for life and family with the couples that she married. Mary was always involved in family, town, and statewide activities.  Her presence will be missed by many.

Mary was preceded in death by her first husband, Bob Larson, who died in 2000. She was also predeceased by her two brothers, Arthur and Rev. John Paterson. She is survived by her husband, Edmond Seney and her six children: Richard Larson (Cynthia) of Wells VT, Karen McFarlin (Peter) of Putnam Ct, Susan Kimball (partner Richard) of Woodstock CT, Patricia Fox ( Dennis) of Muscatine IA, Paul Larson (Joyce) of Woodstock CT and Mark Larson (Fran) of Coventry CT. Mary also leaves behind her stepchildren Derek (Korey) Seney of DanielsonCT and Monique( Robert) Horan of Putnam CT.  With 31 grandchildren and 37 great grandchildren, along with lots of nieces and nephews, Mary was the matriarch of a large family.  Her family gatherings were always a time to celebrate life, and that Mary did well. She lived and died with grace.

Mary's family would like to thank Gail Beausoleil and the staff at Creamery Brook for the excellent care she received during the time she and Ed called Creamery Brook their home. Her family would also like to thank the nursing staff at Pierce Memorial Baptist Home for the care she received during her final week. Due to Covid a memorial service to honor Mary's life will be held later this year.  Burial will be private at the family plot in Center Cemetery in Woodstock. Arrangements are in the care of Smith and Walker Funeral Home Putnam CT. Share a memory at www.smithandwalkerfh.com

Share Your Memory of
Mary
Upload Your Memory View All Memories
Be the first to upload a memory!
Share A Memory