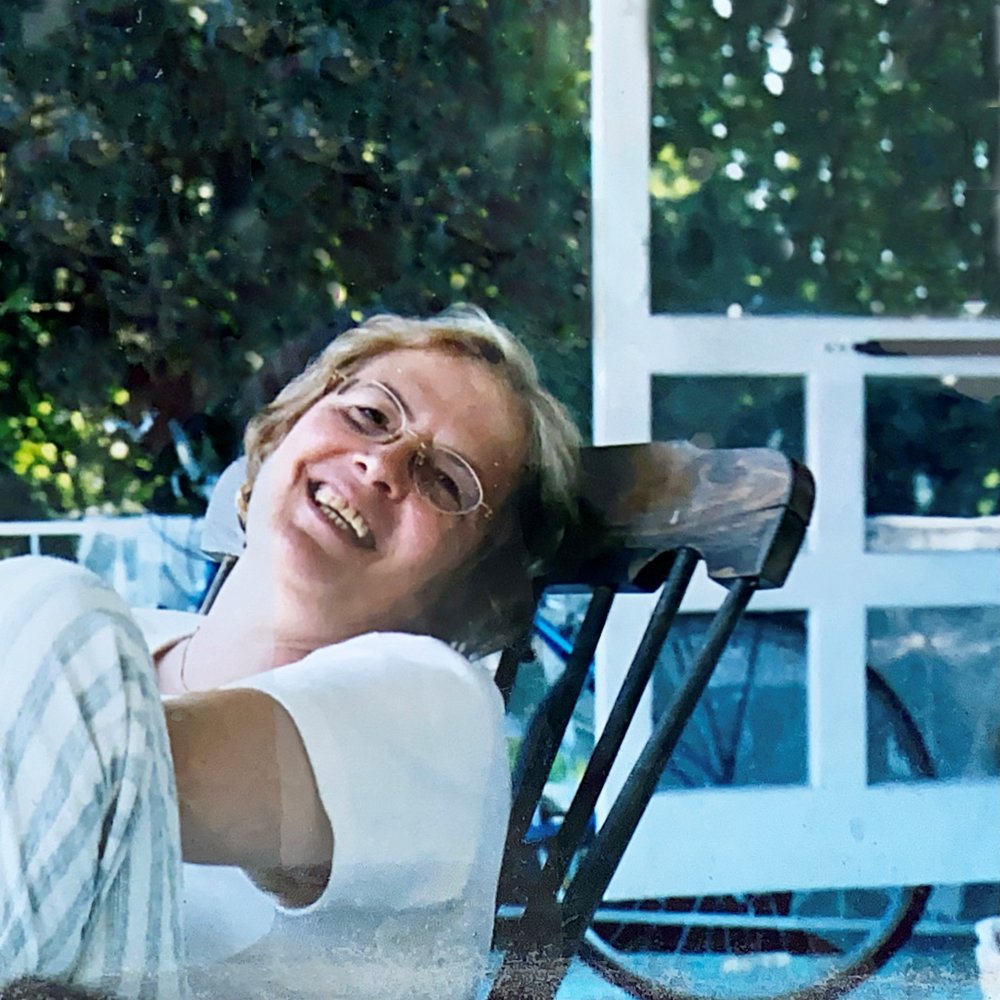 Born April 20, 1943, Susan lived her earliest years in the Brownsville neighborhood of Brooklyn, New York, attending P.S. 183. When Susan was 10-years-old, her family moved to Levittown, New York, on Long Island, where she attended Northside School and Division Avenue High School, the second where she was a member of its first graduating class. Susan’s teenage years were marked by her vibrant and happy social life, which included her founding and presidency of the Levittown Elvis Presley Fan Club.

The allure of 1960s Manhattan and first future husband, Tony Lark, proved too strong for the Hofstra University student. Susan left college and moved into “the City.” Tony and Susan were married in April 1964, and their daughter, Elise, was born later that year.

In 1968, Susan, then divorced, and Elise moved to Connecticut, where Susan would live happily the remainder of her life. The move to Storrs was to marry UConn professor Kenneth Ring, and to become mother to his young daughter, Kathryn. The Rings welcomed baby David to their family in December of 1969. While Susan and Kenneth’s marriage lasted just five years, the “Five Golden Rings'' remained a close family, in large part due to Susan’s capacity to love unconditionally.

Over her entire life, and more recently, especially before her illness, Susan was most fulfilled spending time with her children, grandchildren, sister and nephew; nurturing and enjoying her friendships; and immersing herself in books, knitting projects, and favorite television shows. She loved playing poker, blackjack and craps, going to the beach, cheering on the Men’s and Women’s UConn Husky basketball teams, and spending the Thanksgiving holiday in New York City with her family.

While she was somewhat averse to working, Susan employed her keen intellect, exceptional organizational skills, and unmatched empathy in her work in various posts at the University of Connecticut, including the Women's and Roper Centers. In addition, Susan worked as a senior administrator for Mansfield Town Manager Marty Berliner, and at United Services and Perception House, in Willimantic. True to her commitment to fairness and equality, Susan often served as a union representative.

Long revered by family, friends and co-workers for her fierce independence and authenticity, Susan will be remembered as a truly singular presence who affected for the better all who came into her sphere.

Indeed, that was Susan’s superhero power — making friends and tending to those relationships with unconditional love, unflinching loyalty, and insatiable curiosity.

Susan’s children and grandchildren strive to follow in her footsteps. And, they delight in continuing on the path she charted under the banner of life’s three guiding principles:  (1) there’s no such thing as too much garlic, (2) Velcro is mankind’s greatest invention, and (3) one must always be nice to one’s mother.

A celebration of Susan’s life will be postponed until family and friends can gather together safely. In lieu of flowers, and if so inclined, please consider gifts to non-profits Susan supported directly or indirectly through her unfailing support of her children:  the Women’s Center at the University of Connecticut, the Bradley Playhouse, Putnam, Connecticut, Planned Parenthood South Texas, and the ACLU.

Share Your Memory of
Susan
Upload Your Memory View All Memories
Be the first to upload a memory!
Share A Memory