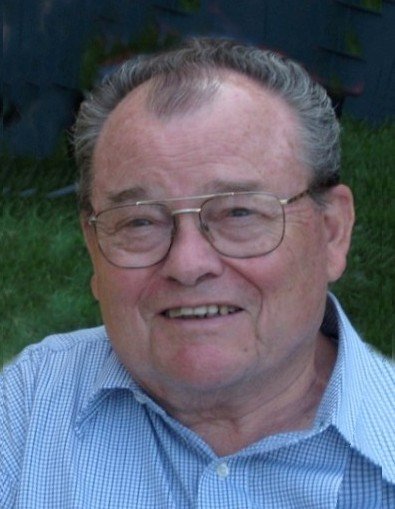 Robert E. Egeberg, 91, of Woodstock, CT, formerly of Brooklyn, NY, died Friday, February 5, 2021 at Crystal Lake Rehab. He was the beloved husband of Ada (Tonnesen) Egeberg, they were married 64 years. He was born March 13, 1929 in Brooklyn, New York, son of the late Alf and Gudny Egeberg.

Robert worked as a Construction and Facilities Manager for Memorial Sloan Kettering Cancer Center from 1967 until his retirement in 1994, he also worked in the Engineering office at the Waldorf Astoria Hotel in New York City from 1953 to 1967. He received his degree in Building Construction from Pratt Institute. He was a Veteran of the Korean War, serving in the US Army, and received an honorable Discharge in 1953.

In 1994 he and his wife retired and moved from New York City to their vacation home in Woodstock, that they built in 1962. Robert was a member of the Evangelical Covenant Church in Woodstock. He was previously a member of the Second Evangelical Free Church in Brooklyn, NY. He taught Sunday School, sang in the choir, and was the Trustee Board Chairman until his retirement in 1994. He was a skilled woodworker and enjoyed working in his shop in his retirement.

He leaves his wife Ada, his children Barbara Emanuele and her husband Richard of Gainesville, VA; Ronald Egeberg and his wife Patricia of Littleton, CO; Mark Egeberg of Bethel, ME; his sister Elizabeth Olsen of Southold, NY, his daughter-in-law Ann Egeberg of Woodstock, nine grandchildren and six great grandchildren. He was predeceased by his son Kenneth R. Egeberg in 2017, and his brother Walter. In lieu of flowers donations may be made in his memory to Woodstock  Evangelical Covenant Church, 24 Child Hill Road, Woodstock, CT 06281. Share a memory at www.smithandwalkerfh.com