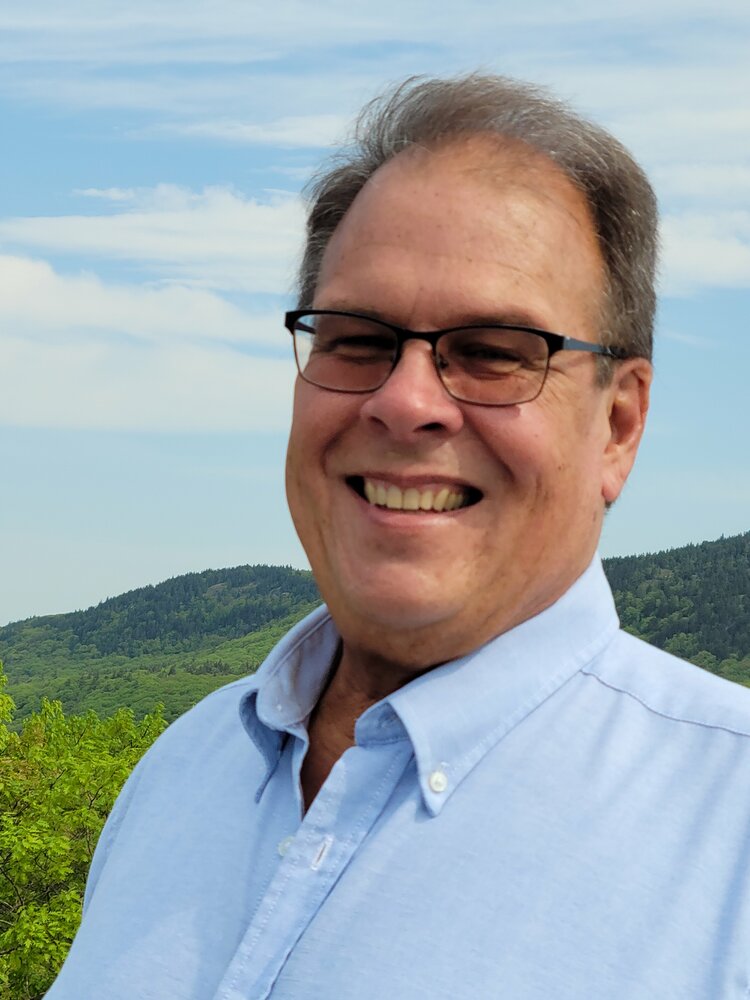 Richard James Harrington, Jr. of East Killingly, CT and lately of Fort Myers, FL passed away from complications from COVID, September 24, 2021, surrounded by the tender love of his family.  Rick was an alumnus of Assumption College in Worcester, MA, serving  the children and families as a school psychologist for the town of Killingly throughout his  thirty-eight year career.  For the past twelve years, he ran a Blues jam each Sunday at Cady’s Tavern in Chepachet, RI, attracting artists and music-lovers from around the country.  As a talented Blues musician, Rick won the Connecticut Blues Challenge before moving to the final round of The International Blues Challenge in Memphis, TN in 2008, and won the Boston Blues Challenge in 2010.

But, Rick was so much more than his titles and his accolades.  These were only manifestations of how he saw the world and the gentle regard with which he approached others.  Many have described him as a true gentleman; high praise indeed in times where authentically gentle spirits are much needed and so very rare.

Rick always loved cars.  He loved driving them, talking about how they were made, what each said about the owner, and the era from which they came.  He loved going to the drag races all over the country with friends.  Car shows and car auctions were an endless source of fascination.  He also was a great food-lover.  Rick often said that his four favorite words were “All You Can Eat.”  No buffet ever made money when he was in attendance.  This zest for living saturated every fiber of his being.

It was with this sense of celebration that Rick approached all of his relationships.  He enthusiastically embraced the idea that life was really about making memories.  He loved to travel, dance with his wife, wear goofy hats, and read stories to his grandsons. His favorite adventures may have been simple ones, but he very much savored these times with his family and closest friends, and he recalled them often in the quiet of after-dinner conversations.

In retirement, he took up golf.  He stank.  But in characteristic good humor, he wore the banner of ‘Most Improved’ each season with pride.  There was no question that his true love, his genuine joy, and his greatest gifts were found in his music, and he heavily subscribed to the idea that this language of the soul had the power to heal.  This was arguably Rick’s life mission--to engage in the compassionate endeavor of alleviating, if only for a few moments or a few hours the suffering of others.  Whether as a good listener, a committed friend, or as a gentle role-model of how one can be in the world, he shone. In this, he was an authentically powerful man.

Rick is predeceased by his father, Richard Harrington, Sr.  He is survived by his wife, Monique (Arsenault) Harrington, his daughter, Megan (Harrington) Corrado and her husband, Daniel Corrado, and his two grandsons, Willam and Henry, of Thompson, CT. His mother, Gerda (Koehl) Harrington, of Hendersonville, NC, his sister Patricia (Harrington) Graham and her husband Earl Graham of Hoschton, GA and his brother and his wife, Kevin and Lucy Harrington of Hampton, CT, along with his nieces and nephews, also mourn his loss.

Socially distant funeral services will be held Saturday, October 9, 2021 at 10:00 a.m. at St. James Church, 12 Franklin Street Danielson, CT.  To help ensure the health and safety of family and friends, masks will be required, regardless of vaccination status. In lieu of flowers, the Rick Harrington Scholarship Fund has been created to benefit Killingly High School graduates seeking to pursue a college degree in Music.  Donations can be made payable to Killingly Public Schools, 79 Westfield Ave, Killingly, CT, 06239, attn: Christine Clark.

Share Your Memory of
Richard
Upload Your Memory View All Memories
Be the first to upload a memory!
Share A Memory