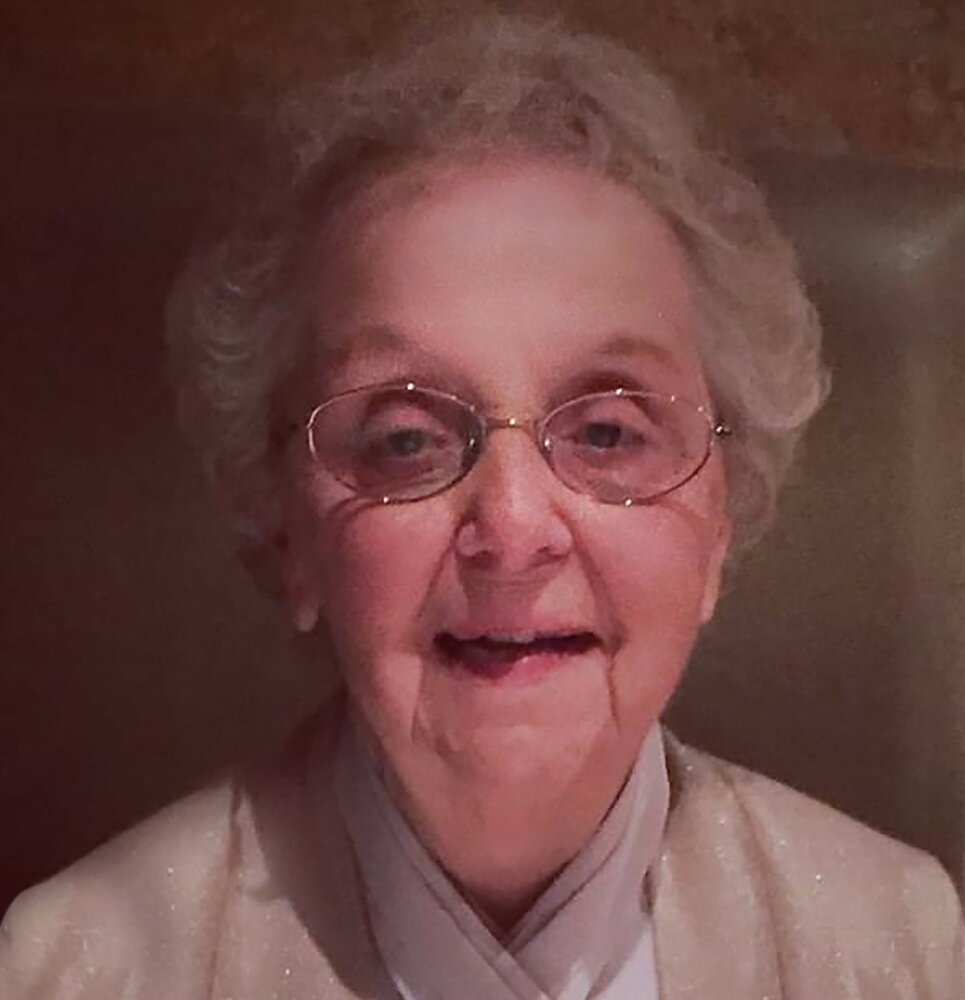 Joan attended St James School, graduating in 1944.  She then attended and graduated from Killingly High School, where she served as class secretary and was a member of the Honor Society. Prior to graduating she began her lifelong career in 1947 at Danielson Federal Savings and Loan Association.  She started her career in the mailroom and retired as vice president in October 1990.

Joan proudly served for many years as the trustee, lector, parish secretary, and bookkeeper for St. Anne’s Church in Ballouville.  People looked forward to seeing her impeccably dressed as the lector of the 5 pm mass.  She was an active member of the Killingly High School Alumni Association.  She was a member of the Dayville Fire Department Women’s Auxillary.

She cherished her time with family and so created a Thanksgiving for upwards of 40 family members for 48 years.  During the summer months, you could always find her floating in the pool that she and Jim installed that created many memories with their grandchildren.

Share Your Memory of
Joan
Upload Your Memory View All Memories
Be the first to upload a memory!
Share A Memory