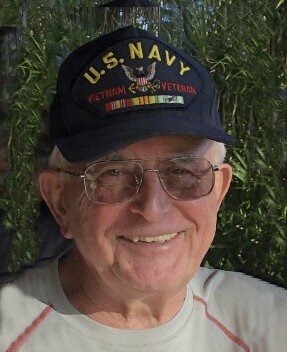 Obituary of Robert A. Dexter

Robert, affectionately known by many as Grandpa Bob, also leaves behind a son Mark A Dexter, and his wife Amy. A daughter, Margaret M Dexter and her husband David, as well as his 10 grandchildren. Kendrick (and his girlfriend Amanda), Zachary (and his wife Olivia), Cameron, Brooklynn, Hallie, Peyton, Carter, Canyon, Drew (and his wife Hannah) and Alex. He also leaves two great grandchildren, Tobias and Eloise.

Bob was a proud vet of the Navy and rarely seen without his Navy hat on. He worked for decades at United Technology with his last duties there as supervisor of instructors. Throughout their 58 years of marriage, Bob and Peg had many adventures and traveled all over the country. They were part of many motorcycle groups, loved to hike, kayak, bike and could often be seen walking the Putnam River Trail. Recently Bob loved all the time he had with his family including their nights sitting by a fire, watching his grandchildren play sports and traveling to Florida to enjoy the warm water and time by the ocean. Bob was also a very dedicated UConn Women’s basketball, Red Sox and Patriots fan.

Everyone who has ever met Bob will tell you he had a huge generosity of spirit, a friendly smile and a genuine interest in getting to know anyone he met. He loved teaching his grandchildren how to drive and playing taxi to them in exchange for hugs. His repayment for anything he did for them was always in hugs. He leaves an impressive legacy and shoes impossible to fill. Grandpa Bob will forever be loved and missed greatly.

In lieu of flowers, donations can be made to Pancreatic Cancer research through the pancreatic cancer action network at https://www.pancan.org/. The family will be holding a private celebration of life.