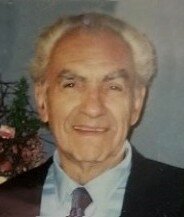 Richard owned Regis Tree Experts and Regis Apartments. He had a real estate license and an arbor license. Richard was also the Tree Warden for the State of Connecticut.

Share Your Memory of
Richard "Dick"
Upload Your Memory View All Memories
Be the first to upload a memory!
Share A Memory