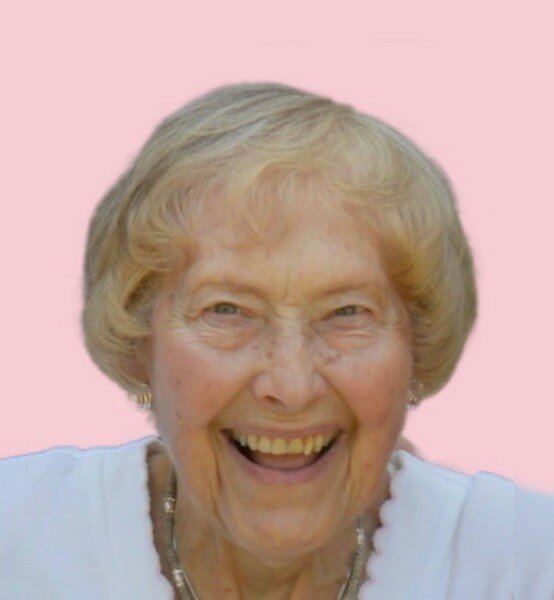 Georgette R. (Berthiaume) Pappas, 97, of Bonneville Street in Danielson passed away peacefully at home on Monday, May 30, 2022. She was born at home in Dayville on November 4, 1924, to the late Edward and Eva (LaBossierre) Berthiaume. Georgette married Michael P. Pappas on April 27, 1946 in Bainbridge Maryland, he predeceased her in March of 1991.

Georgette attended St. James School and went on to graduate from Killingly High School in 1942. After graduation, she very proudly taught one second grade class of 42 students at St. James School, then worked at Pratt and Whitney during the war. In 1953, Georgette and her husband founded Michael’s Market in Canterbury, where they made many friends and became a big part of the community. They also opened stores in Danielson and Jewett City.

Throughout her life, Georgette was a very devout Catholic and was very faithful to Saint James Church. Additionally, she attended the Greek Orthodox Church with her husband. Georgette was active in many organizations, including the Day Kimball Hospital Women’s Board and Opera New England. She was also a member of the Women’s League at Quinnatisset Golf Course where she got a hole-in-one.

Georgette was quite the traveler and social butterfly. She has traveled all over the world, with one of her favorite destinations being Jerusalem. She loved nothing more than being with her friends to play golf in the morning followed by tennis in the afternoon. She was also known for planning and hosting many class reunions and perfect parties, where her and her girlfriends would often make their own outfits, and do anything to follow a theme, like having fresh leis flown in from Hawaii to complete their luau.

In her retirement, Georgette spent summers in Danielson, cooking up a storm, going to the farmers market, traveling all over to cheer on nieces and nephews, and enjoying time with friends and family…especially Sunday dinners on Sunset Drive Ext. and being a tough judge and critic of croquet matches on the 4th of July. During the winter, she could be found in Lake Placid, Florida, driving around in her pink golf cart, golfing daily with friends, and traveling to Orlando to cheer on Tiger Woods, watch Red Sox spring training games, and meet family in Disney World.

Georgette’s family would like to thank Dr. Botta and his entire staff for the wonderful care they have given to Georgette for many years, as well as Day Kimball Hospital Homemakers and Hospice for their support and guidance. They would also like to recognize and thank her caretaker, Nana, and her good friend, Betty, who she sometimes got bossy with, but loved very much.

Along with her parents and husband, Georgette was predeceased by her brothers, Armand and Paul Berthiaume. She leaves behind her treasured Godchildren, Edward Berthiaume and his wife, Kelley, Diane Kapatoes, Elizabeth Jennings, Michelle Viens and her husband, Jon, and Katherine Bledsoe. In addition, she also leaves behind her sister-in-law, Gloria Berthiaume, her brother-in-law Carl Pappas and his wife Jean, her sister-in-law Roxanne Pappas, and many, many nieces, nephews, great-nieces, great-nephews, and great-great nieces and nephews who she was so special to.

A Funeral Mass will be held at St. James Church in Danielson at 10:00 am on Thursday, June 2, 2022 with burial following in Westfield  Cemetery, Danielson.

Share Your Memory of
Georgette
Upload Your Memory View All Memories
Be the first to upload a memory!
Share A Memory