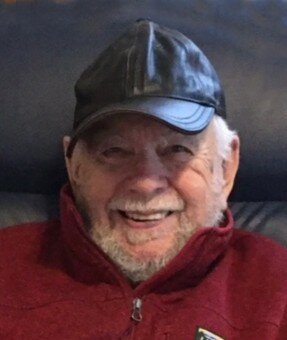 November 23, 2022, Bryan E. Shepp, 90, Professor Emeritus of Psychology and Cognitive and Linguistic Sciences at Brown University, passed peacefully at home in Brooklyn, CT surrounded by his family.  He was the husband of June (Langeluttig) Shepp. They would have celebrated their 70th anniversary on January 31, 2023. Born on September 13, 1932, in Cumberland, MD, he was the son of the late Bryan Everett Shepp and Dorothy (Stell) Shepp.  He was also brother to Philip G. Shepp (predeceased).  Bryan graduated from Allegany High School in Cumberland MD in 1950 and earned a Bachelor of Science degree in 1954, a Master of Science degree in 1956 and a PhD in Psychology in 1959 - all from the University of Maryland, College Park.  While pursuing his PhD, he joined the US Navy and became an officer and was part of the space program in which he was awarded a letter of commendation for his service.   Following his military service, he and his wife moved to Storrs, CT where he did a post-doctoral fellowship at the University of Connecticut and then taught for one year at Peabody College in Tennessee.   In 1965, they moved to Providence, RI where he joined the faculty of the Psychology Department at Brown University.  Dr. Shepp published dozens of scholarly articles and co-edited several books.  He was a model and mentor to his undergraduate and graduate students who went on to work in many areas of psychology.  During his tenure, Dr. Shepp served twice as the Chairman of the Psychology Department and served as Dean of the Faculty during the latter part of his career before retiring.  In 1970 he took a sabbatical conducting research at Oxford University in England.   During that time, he also spent time traveling to Greece, France, Italy, and Scotland with his wife and children. He enjoyed sailing with his family during his younger years and later playing golf after retiring to Boothbay, Maine and Charleston, South Carolina.  He moved to Brooklyn, CT in 2021 to be closer to family. He was a huge animal lover and had many pets throughout his life, his current one being his beloved toy poodle Molly.  He will be deeply missed by his family as he was truly a great friend to them all.  His was witty and charming and somewhat of a jokester when he wanted to be and could often elicit a good laugh from many who knew him. He was arguably the “rock” of his family even up to his passing.

Besides his wife June, Dr. Shepp leaves a daughter, Karen S. Shepp and her husband Dan of Coventry, RI, a son David B. Shepp and his wife Nancy of James Island, SC, a granddaughter Sophia E. Shepp of Fort Collins, CO, a brother R. Michael Shepp and his wife Janet of Shepherdstown, WV, and nephews, nieces, and cousins.

A private celebration of life with family will be held at a later date. In lieu of flowers donations can be made to Brown University or a Charity of your choice. Share a memory at Smithandwalkerfh.com

Share Your Memory of
Bryan
Upload Your Memory View All Memories
Be the first to upload a memory!
Share A Memory