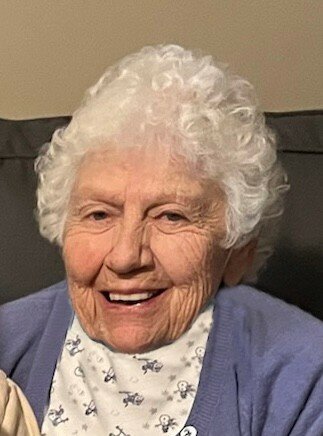 Myra grew up in New Haven, CT, and graduated from Hillhouse High School in 1947. She then attended Larson Jr. College and Marrietta College. She worked for the Pediatric Department at Yale New Haven Hospital for several years.

The family moved to Abington, CT, in 1963 where they raised their 6 children. She worked at Day Kimball Hospital for 20 years before retiring in 1993. She was a Girl Scout Leader, a member of the Women’s Guild at Abington Congregational Church, Interfaith Stitchers, and Pomfret Seniors. She participated in a long-term Women’s NationalHealth Initiative.  She was an avid reader, and enjoyed volunteering, traveling, the beach, camping, knitting, sewing, and spending time with her family.

Funeral will be Saturday, April 30th at 1:00 PM at Smith and Walker Funeral Home, 148 Grove Street, Putnam, CT; burial to follow at the Abington Cemetery. In lieu of flowers, donations can be made to either the American Cancer Society or the ALS Society. Share a memory at Smithandwalkerfh.com

Share Your Memory of
Myra
Upload Your Memory View All Memories
Be the first to upload a memory!
Share A Memory