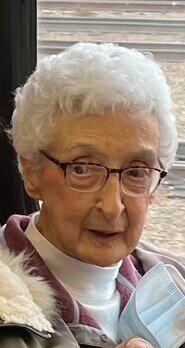 Janet L. Barrette, 84, of Brooklyn, CT passed away peacefully September 18, 2022 at her home in Brooklyn, CT, surrounded by her loving family. She was born on January 3, 1938 in Danielson, CT, daughter of the late Gaetan and Marion (Anita) Bouthillier.

Janet worked at Anchor Glass in Dayville, CT and then later worked for the University of Connecticut (UCONN) in the Food Services, where she retired.

A Mass of Christian Burial will be on Thursday, September 22, 2022 at 10:30 AM at St. James Church, 12 Franklin Street, Danielson, CT. Burial to follow at Holy Cross Cemetery on Maple Street in Danielson. Share a memory at Gagnonandcostellofh.com

Share Your Memory of
Janet
Upload Your Memory View All Memories
Be the first to upload a memory!
Share A Memory