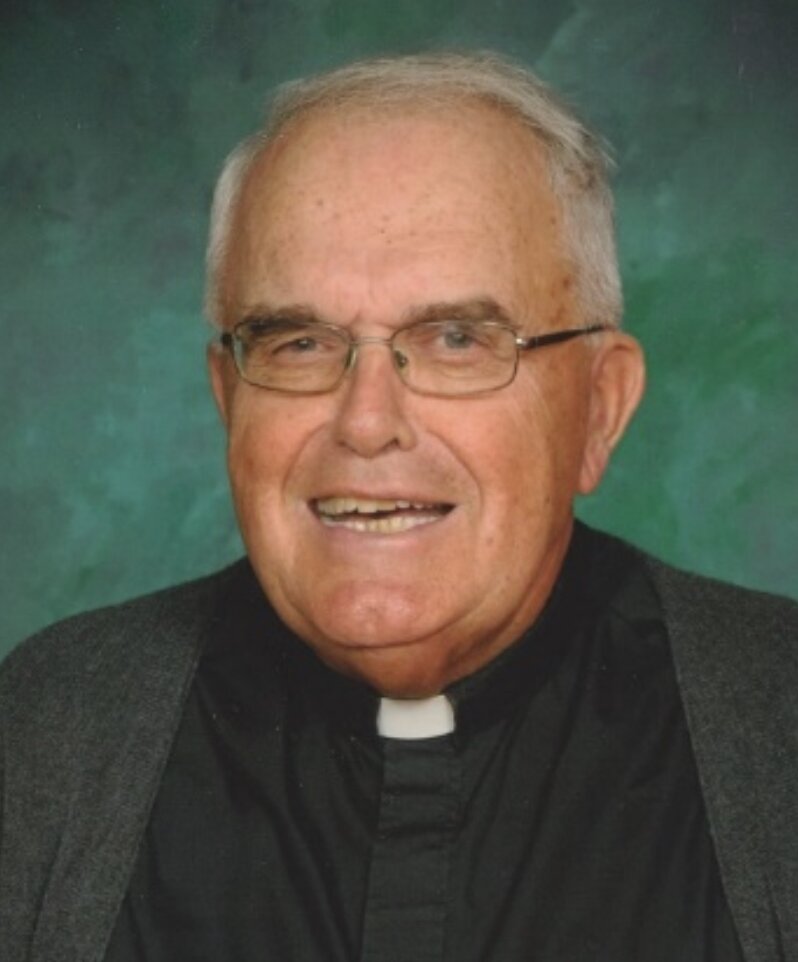 Fr. John J. O’Neill, M.S., pastor of St. James Church in Danielson CT, passed away peacefully on Tuesday, October 11th at UMass Medical Center in Worcester, MA, after a short illness. With joy he served the people of the parish and many others throughout the area. He was pastor for thirty-one years and was celebrating this year his sixtieth Jubilee year as a priest in the Missionaries of Our Lady of LaSalette. Fr. John was born in Bridgeport, Connecticut, in 1935, son of the late Eugene J. O’Neill and Anne (Crehan) O’Neill.

He entered the LaSalette Novitiate in 1955, professed First Vows in 1956, and Perpetual Vows in 1959, then later ordained to the Diaconate in 1961 and Priesthood in 1962. He received a degree in Liberal Arts, a B.A. in Philosophy and a M.Ed. in Counseling. Fr. John served his religious community and many dioceses in numerous capacities. Among them are Prefect, Professor, and Sports Director in Altamont, NY; Province Vocation Director; Provincial Communication Director for Public Relations; first Director of the National Center for Church Vocations in Chicago, IL; Superior and Provincial Coordinator of Vocations in Cheshire, CT; elected Provincial Assistant and Vicar in 1976; elected Provincial Superior for three terms 1979 – 1988; and appointed Pastor of St. James Church beginning in 1991 until his recent death.

Fr. John will be remembered for his positive outgoing personality, his willingness to help others in need, his love for telling stories, his sense of humor, love for people, and passion for sports. He was highly admired and considered one of the great ones.

A Mass of Christian Burial will be celebrated on Monday, October 17, 2022, at St. James Church in Danielson at 10:30am. The main celebrant will be Most Reverend Michael R. Cote, Bishop of Norwich. Interment will follow in Holy Cross Cemetery Danielson, CT. Calling hours will be at St. James Church on Sunday, October 16, 2022 from 5:00pm to 8:00pm. The service will be presided by Very. Reverend William Kaliyadan, M.S., Provincial Superior, Mary Mother of the Americas. In lieu of flowers Contributions in his memory may be made to: Missionaries of Our Lady of La Salette Retirement Fund, 915 Maple Avenue, Hartford, CT 06114-2330.

The Gagnon and Costello Funeral Home, 33 Reynolds Street, Danielson, CT is handling the arrangements. Share a memory at www.gagnonandcostellofh.com

Share Your Memory of
Fr. John
Upload Your Memory View All Memories
Be the first to upload a memory!
Share A Memory